The prize of the public was awarded to the Střecha (“Roof”) social bistro in Prague’s Žižkov district
The two winning projects will receive prizes worth more than CZK 550,000 and CZK 120,000, respectively
A record number of 483 projects took part in the eighth edition of T-Mobile Takeoffs, a competition intended for start-up businesses

Pavel Buben, the creator of the Glucly application intended to make life easier for all diabetics, is the national winner of the T-Mobile Takeoffs competition for start-up businesses. The Střecha (“Roof”) social bistro in Prague’s Žižkov district, which gives a second chance to homeless people and people with a criminal record, was awarded the Prize of the Public. For the first time in the programme’s eight-year history, one of the winners is from the Czech capital. The winners received prices worth more than CZK 550,000 and CZK 120,000, respectively.

Pavel Buben (38) of Dobříš, himself a diabetic, originally developed his user-friendly application mainly for himself. Users can enter their glycaemia levels as well as their mood, sleep duration and sports activities in the application. They can then provide clear reports to their doctor electronically or in printed form. Glucly should be made available in the Appstore and Google Play during summer.

The expert jury sees huge potential in the use of the application. “A user-friendly environment and independence of the glucometer type make the application accessible to all diabetics and significantly simplify communication with the doctor. This may result in more effective treatment. Pavel Buben convinced us with his determination and clear idea of further development. We look not only for innovations but also for entrepreneurs who are able to put their plans into practice with their enthusiasm and humble approach to business,” says jury member Martina Kemrová, Corporate Communication Manager at T-Mobile.

The total value of prizes awarded to Pavel Buben (if the prize from the regional round is counted in) is CZK 566,332, including a financial donation in the amount of CZK 250,000 from T-Mobile, a package of telecommunications services and the Chytré auto (“Smart Car”) application free of charge for one year. A creative draft of an advertising campaign by the agency MADE BY VACULIK will surely come in handy during the introduction of the application to the market, as will banner advertising with regional targeting by Agentura Najisto and consultancy and tangible prizes from the partners of the competition, Samsung, Alza.cz and StartupJobs.cz, which provided a voucher for advertising on its website.

All winners of the regional rounds advanced to national Prize of the Public round. By voting online, on the website at www.rozjezdy.cz dedicated to the competition, the public decided that the Střecha (“Roof”) social bistro deserves further support and recognition. The vegan bistro and café in Prague’s Žižkov district, which was opened by five friends headed by Filip Hausknecht in February this year, employs homeless people and former convicts. Since opening the bistro, they have managed to change the lives of their employees and their future objective is to give even more people a second chance. As the winner of the Prize of the Public, the social bistro will receive a financial donation of CZK 100,000, a package of business telecommunications services and the Chytré auto (“Smart Car”) application free of charge for one year, bringing the prize total to nearly CZK 120,000.

“We were excited to see the projects in the individual regions of the Czech Republic. Building a business with the intention of helping other people – whether in the healthcare sector or for supporting social communities – is not easy at all. Since we are a technology company, we are extremely pleased that we can actively support a mobile application for diabetes monitoring on the path to success,” says Tomáš Havryluk, Vice Chairman of the Board of Directors at Alza.cz, a new partner of T-Mobile Takeoffs.

“We congratulate all winners as well as participants in the competition for being active and not being afraid to start their own business. We enjoy watching their stories from up close and we believe that they include future successful start-ups that we will then assist in finding the best talents for their growing teams at StartupJobs.cz. And if it is true that taking off is the toughest part, we are glad that they have succeeded with this first step,” says Filip Mikschik, founder and CEO of StartupJobs.cz, one of the partners of the competition.

A total of 483 beginning entrepreneurs entered their projects in the eighth edition of T-Mobile Takeoffs, which is 40 more than in the previous edition. “This year, we saw a number of great ideas, most often in the areas of design and recreation, but also a number of applications and a lot of ideas involving the Internet of Things. This year’s most popular ideas were the use of 3D printers and laser burning,” says Eva Karasová, CSR Manager at T-Mobile, adding: “The largest number of participants are in the 25-34 age category, accounting for a half (48%) of all applications, with the second most strongly represented group comprising people aged 35-44 (26%). People up to the age of 24 comprised 18% of participants in this year’s edition.” As in past editions, Prague topped the regions with the largest number of participants with 123 competing projects. Seventy projects were submitted by beginning entrepreneurs in the South Moravia region and 47 in the Moravia-Silesia region.

T-Mobile Takeoffs is a long-term programme aimed at supporting start-up businesses. It offers free regional workshops on issues relating to starting a business; another part of the programme involves a competition for the best implementation of a business idea. During the period from January to March, those who have not yet started a business or who received a business licence in the past 12 months can register in the competition at www.rozjezdy.cz. In each region, three programme participants can win and receive financial support, advisory services from experts in different areas of business, packages of services and tangible prizes to help them launch their business. The national winner is selected by the jury. In addition to that, online voting is held to determine the winner of the prize of the public. Free regional workshops that are open to the broader public take place in April and May.

The partners of this year’s edition of T-Mobile Takeoffs were Broker Consulting, Agentura Najisto, Alza, Samsung and StartupJobs. The expert partners were Lovebrand, MADE BY VACULIK and Proboston, and the regional partners were Dům Techniky Pardubice (House of Technology Pardubice), Impact Hub Brno, Impact Hub Ostrava, the Faculty of Social and Economic Studies of Jan Evangelista Purkyně University, Innovation Centre of the Ústí nad Labem Region and the Regional Chamber of Commerce of the Plzeň Region. 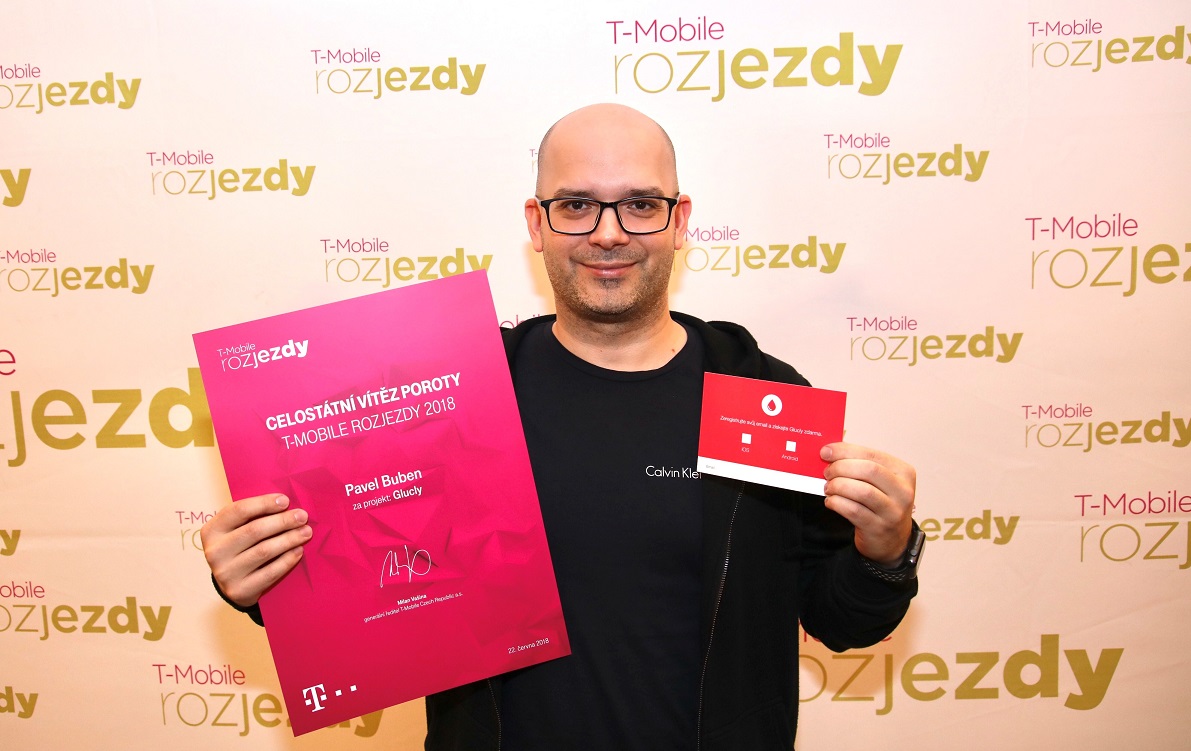